Announcing a new ensemble: The Fireside Social Orchestra
Specializing in the Music of the Nineteenth Century on Period Instruments and Voices 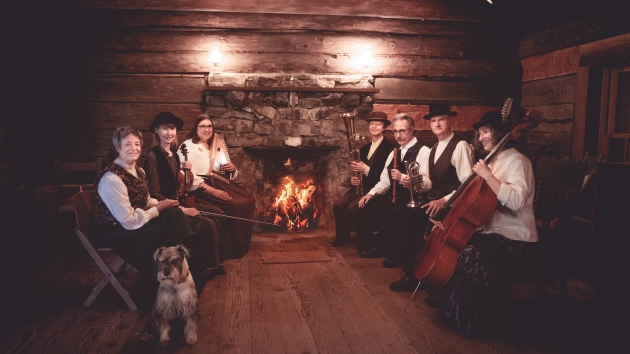 Recreating the small orchestra featured in parlour and ballroom performances of long ago with instruments including violin, tenor viola, cello, flageolets, walking stick recorder, flute, serpent, ophicleide, ballad horn, alto saxhorn, tenor horn, tuba, banjo, guitar, piano, reed contrabass, ocarinas, alphorns, autoharp, bagpipes, voices and more.  “A great program last evening.  A model for all programs.  Thanks so much.” “An amazing group and so talented on so many instruments, some of which I had never heard or seen before.  Truly worth going to hear.”  “What a wonderful show today!  Thank you for all your warmth, your playfulness, and your magnificent musicianship!” “I so enjoyed the concert last night – the music, the style, new sounds, humor and especially the arrangements.” (FSO concert attendees) 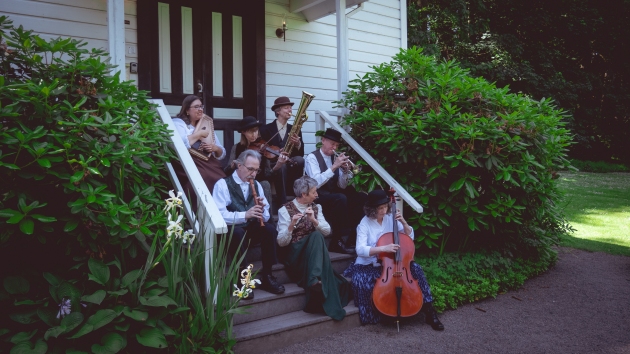 The Fireside Social Orchestra consists of 4 to 7 musicians, depending on the repertoire. Members include Ben Fitch, Laura Kuhlman, Cindy Markham, Gayle Neuman, Phil Neuman, Cal Scott, and Elizabeth O’Connor.  [The location of the group photos is Pioneer Church and Baker Cabin in Carver, Oregon.  Many thanks to Chris Gunterman and the Baker Cabin Historical Society.] 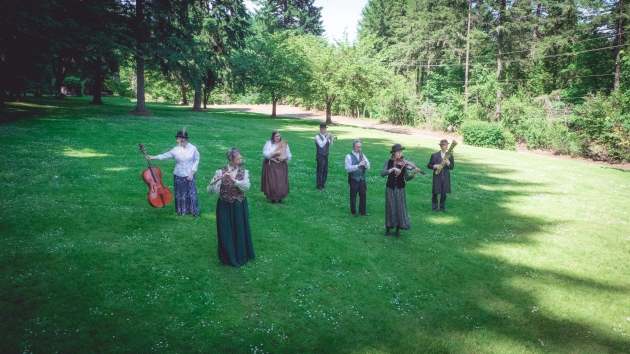